Spanning Johnstons Bay, the ANZAC Bridge is one of Sydney's outstanding landmarks. Opened in December 1995, at a cost of $170 million, it provides a key link between Sydney City and the suburbs to the west. Via the City West Link and Victoria Rd it is the major east west route to the western suburbs and the M4 motorway to the Blue Mountains. There is no toll on the ANZAC Bridge. 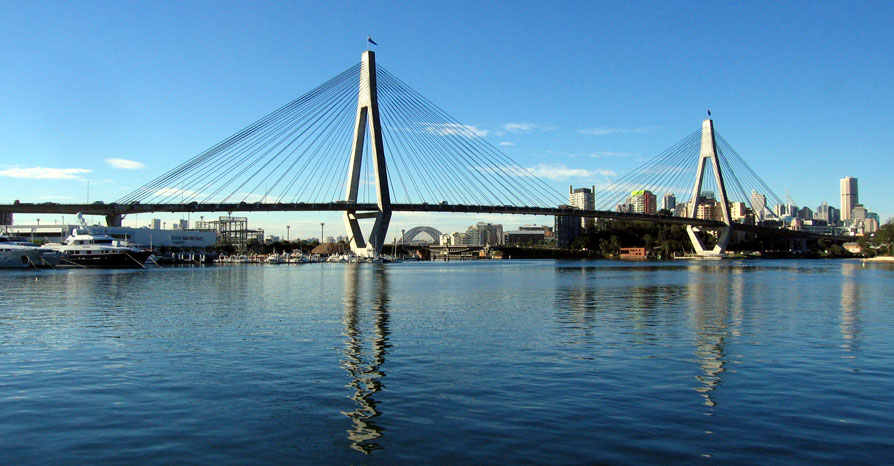 The Anzac Bridge has a main span of 345m, and a total length of over 800m. From the two 120m high towers, 128 stay cables support the reinforced concrete deck. It is the longest cable-stayed span bridge in Australia but well down the list on a world scale. 1. 3. 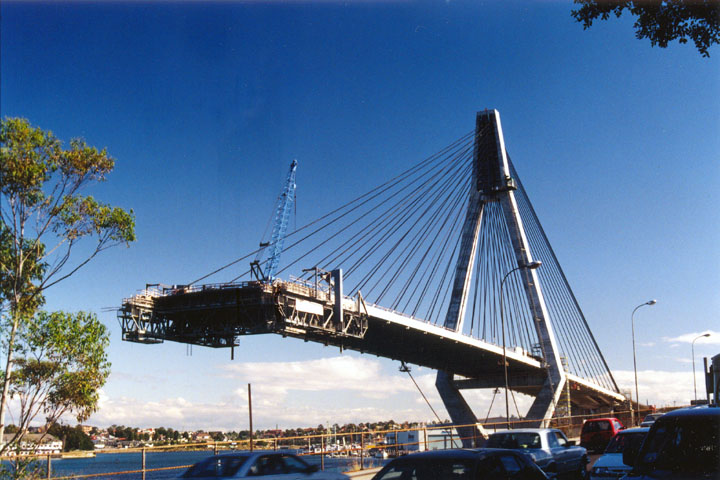 of the two halves of the bridge took place on 24th July 1995 in the early evening to give the bridge time to cool and time for the final concrete pour to gain strength before morning to avoid movements due to temperature changes.